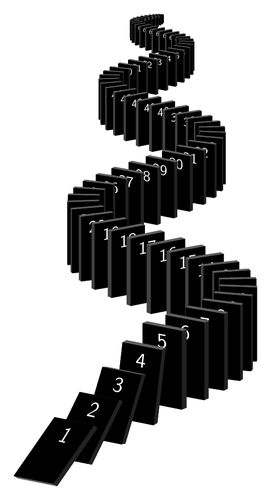 One from the better-known George Monbiot, writing in the Guardian here:
https://www.theguardian.com/commentisfree/2016/nov/25/13-crises-we-face-trump-soil-loss-global-collapse

George was the guy who first pointed me at Paul Arbair in the first place (though not that Arbair post), but even despite that they seem to have things in common.

It’s becoming really hard to be optimistic about the future of truth, justice, and the enlightenment project’s way.

I hear sci-fi writers are giving up writing near-future fiction in their droves, on account of it being impossible to imagine how you get out of this mess.

One of the peculiarities of this complex, multiheaded crisis is that there appears to be no “other side” on to which we might emerge. It is hard to imagine a realistic scenario in which governments lose the capacity for total surveillance and drone strikes; in which billionaires forget how to manipulate public opinion; in which a broken EU reconvenes; in which climate breakdown unhappens, species return from extinction and the soil comes back to the land.

So I present my best attempt to be positive, since I was told at a party this weekend that it’s very important to do so.

1) governments lose the capacity for total surveillance and drone strikes;

2) in which billionaires forget how to manipulate public opinion;

I think that “manipulate public opinion” is something that’s always happened, and that it’s as likely to get harder as the public adapts to and counters manipulation as easier.

This is a cat and mouse game, the fact the cats are winning doesn’t mean the mice won’t evolve a response.

3) in which a broken EU reconvenes;

The EU will not reconvene. It’s not impossible to imagine a less corrupt and neoliberal bureaucracy being birthed from it’s ashes though. Ideally a properly global one, perhaps head-quartered in Antarctica.

4) in which climate breakdown unhappens,

This is the big one really. Terraforming-scale geo-engineering is all I got on “positivity” here. And that is not going to be a thing this century. Maybe the biggest and best ever refugee camp on a newly de-iced southern polar continent?

If the warming could make Antarctica habitable, we could put all the refugees there. Ideally having to live in close-quarters with knife-edge survival chances which depend on inter-racial cooperation would help them develop a less divisive culture?

Again, Jurassic-Park level stuff is a century away, easy. We can keep some of the gene-lines alive in zoos till then, and in databases as long as we have a technological civilization, but we are headed for a huge genetic loss.

6) and the soil comes back to the land

That may be the second biggest one in the list after climate change.

It might be possible to grow crops under the sea or on floating hyrdoponic islands or in the better-managed newly-unfrozen antartic soil?

So we’re left with a world in which a newly energized democratic people of the whole earth ignore political manipulation and unite to elect governments that will oppose surveillance and extra-judicial murder (even of foreigners! even of accused terrorists!), rise up to form a new global union that then funds an incredible never-before-seen scale refugee program to relocate half the earth’s populations to sustainability managed farms in the newly thawed Antartica and in floating sea-farms, and where a genetics program stores and re-creates lost species in order to manage the environment of the whole earth.

You can see why the sci-fi writers are finding it so hard.

Paul Arbair thinks that the reason for much of this strife is that the world is bumping up against hard-limits on energy extraction and use. That economic growth has basically flat-lined and all the turmoil we see is a result of that.

We can’t rely on never ending economic growth, for never-ending exponential growth will take up more resources than the galaxy has to offer in only a few short millennia. If democracy depends on growth, then democracy is doomed.

Sooner or later we have to figure out how to have a democracy, freedom, liberty and tolerance even without growth!

And Mobiot is right, coming out the other side of those problems and ending up with a utopian state on the new southern continent while the rest of the world burns isn’t really very likely or what people voting Trump or Brexit actually want.

It is not what anyone wants, is it?

Perhaps this is because I’m dissociated almost to the point of psychopathy, but the comic-book outside my window looks like a 1930s dystopia and that has to be worrying for those who hoped the second “War to end all wars” was really the one that would actually end all the wars.

No software project is ever finished till version three, I suppose.

Perhaps the third “war to end all wars” will really end all the wars.

I hope that it does so in a good way.