Great book, here’s I butchered half a page of it.

All the good stuff in those lyrics was Iain’s fault and
all the kludgy rhymes that don’t really work are mine.

Thanks for listening. If you haven’t read “Excession” then
you definitely oughta.

Imagine you’re a tribe on a large and fertile island
You’ve got writing and, you have tamed your lands,
The neighbours are cooperative or else they are enslaved
At least they’re peaceful and they’re also well behaved

Civilisations rarely face “Outside Context Problems” more than once
Most, at their heights, when they are at the top
’cause they tend to be encountered in rather the same way
that a sentence encounters a full stop.

Glory shines from the monuments you’ve built unto your gods
Your wealth is growing, and your defying all of nature’s odds
Your power has grown astoundingly to unbelievable extremes,
You’re got control in ways your ancestors couldn’t dream

The situation’s running smoothly like a canoe on wet grass
When suddenly a ship of iron appears, sailing with no mast
Trailing dark steam as it magically glides into your bay
Guys firing boom-sticks come ashore, all your soldiers run away

They announce you’ve been discovered, now under threat of gunfire
You and your people are now subjects of the glorious kings empire,
They’re demanding tithes of metal, that they are calling tax,
As their scholars mock your high priestess with their dirty wisecracks 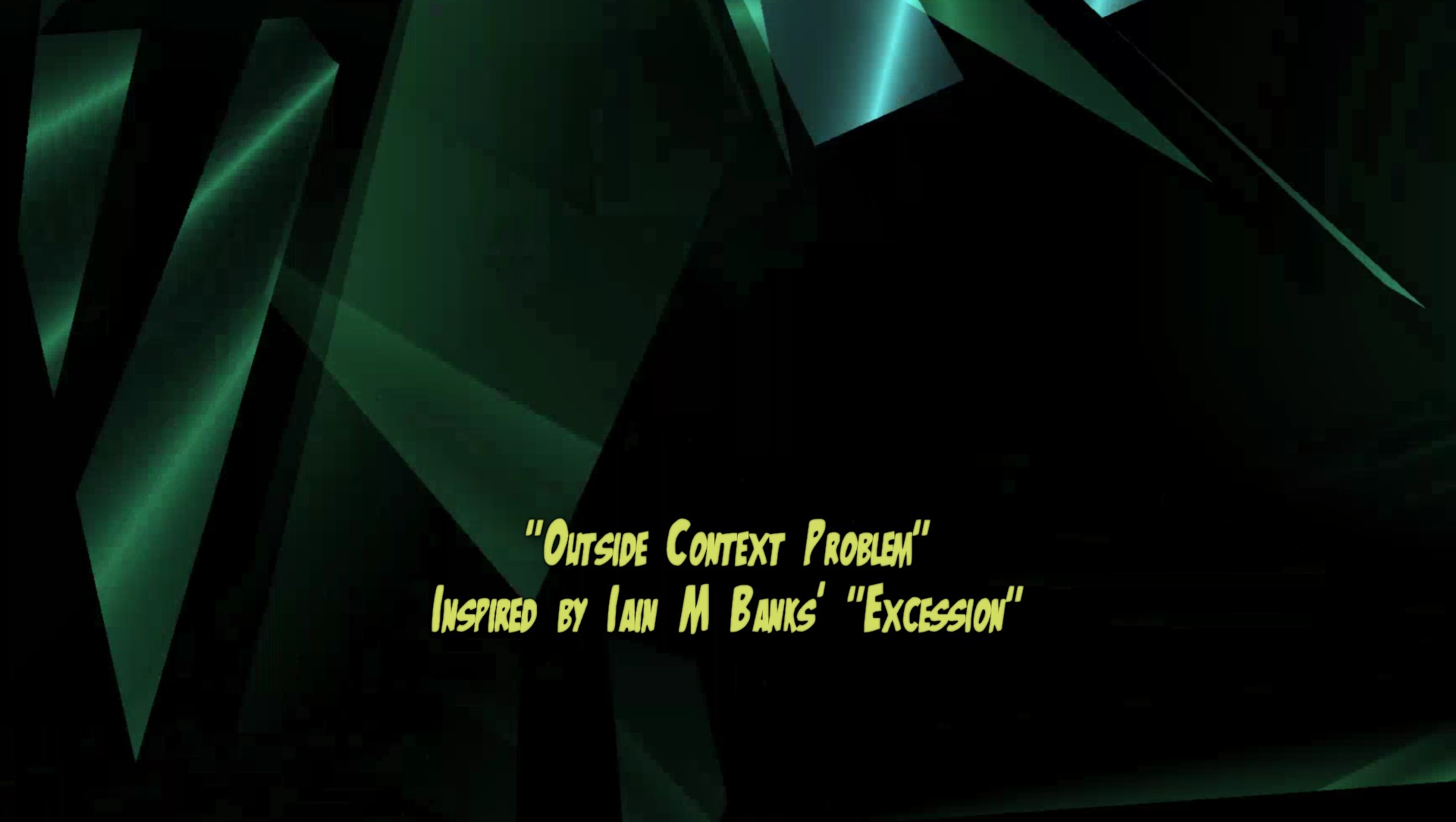