Since Drunkman is finished, I’d been doing some more Tentacles writing. This was going okay, but then I got distracted by owning a VR headset and downloading Unity3d (a game-writing engine) and now I’ve found myself building a VR game instead.

There will be some devlog on that at some point too I guess, but my working methods there have evolved into using three different screens on two different computers running two different operating systems and I’m not really sure how to record any of that. I’ll figure it out. Devlog on that will start some time after 22nd October when Drunkman is released. 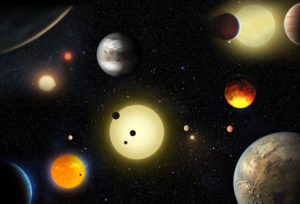 I’d planned to do VR-cuts of the next few tentacle cartoons, but I think I’m gonna have to put that on hold now and write a new story that’s designed from the outset to be a properly interactive story, with choices and some kind of viewer-autonomy.

So, you know, “Choose your own adventure”, they used to call it.

Only in a cartoon in VR.

I have given it enough thought to be sure that this clearly must be a Sci-Fi story about morality and choice and parallel worlds, and will probably culminate in a battle between two versions of the player/reader-character which have taken two different paths through the interactive story and ended up viewing the universe and the matter of right and wrong from two different view-points before invading each other’s parallel-universe.

Well. More than two even I expect.

There is just so much writing to be done in a thing like this. Every character at every point will need something to say about whatever is going on, every branch leads to an actually literally exponential growth in the number of worlds to keep track of and to plot and to structure and transcribe that has to somehow be twisted into a manageable number of endpoints and sub-stories.

I hope some of you will be interested in helping with that next year, once I’ve figured out how to even write the grammar for a branching, twisting and recombining parallel-worlds story-braid. Whatever one of those turns out to be. And written tools to visualize and edit it. Otherwise. Maybe finish more like 2020?

So a while away yet.

But immediately, it’ll need a backdrop, a sci-fi world for the story to be set in.

It wants Everett’s many-worlds theory to be true in it’s universe, though possibly the characters don’t realize it (at least at the start).

For game-mechanic reasons it needs a star-ship that is crewed by around half a dozen people (or more, but with only half a dozen or so main-characters). The star-ship itself in GMO-space-ship or AI-space-ship form may of course be one or more of those characters.

It needs all the animated characters to be at least *roughly* humanoid, for they will need to be mostly motion-captured I think. Also, many of the Unity tools are really built around human rigs.

Other than that, tonight’s task is to figure out a draft-one version of the world-building.

Is the a distant-future scenario that you think has particular relevent and appropriateness to contemporary issues?

Where would YOU set your story about morality and Quantum-Everett-branches?